The National Roadmap for Adaptation 2100 project - Assessment of the vulnerability of the Portuguese territory to climate change in the 21st century (RNA 2100), defines narratives of the evolution of vulnerabilities and impacts of climate change in Portugal. It also assesses the need for investment for adaptation and the socio-economic costs of inaction.

The RNA 2100 supports and responds to public policy exercises to adapt to climate change at various levels of territorial intervention. Because it is also supported by initiatives to disseminate its results, including to the general public, the RNA 2100 has the ambition to become an important tool to raise awareness on climate change adaptation.

More about the project 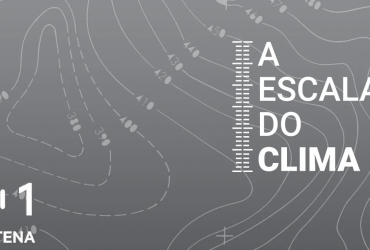 Professor Filipe Duarte Santos invited Pedro Matos Soares to participate in its program «Escala do Clima», on Rádio Observador/Antena 1, on May 5th, 2022, where the impact of Climate Change in Portugal and in the world was addressed, exemplifying the last extreme heat event in India and Pakistan, which tests the threshold of human survival. It was discussed the National Roadmap for Adaptation (RNA2100) and its contribution to Portugal.

We highlight the National Roadmap for Adaptation (RNA2100) – financed by the EEA Grants, promoted by the Portuguese Environment Agency (APA), in partnership with Banco de Portugal (BdP), Directorate-General for Territory (DGT), Faculty of Sciences from the University of Lisbon (FCUL), Instituto Português do Mar e da Atmosfera (IPMA) and the Norwegian Directorate for Civil Protection (DSB) - and the need to adapt territories to Climate Change, including waste management and water resources. Professor Filipe Duarte Santos says that, until the date of this interview, it had only rained half of what would be expected. 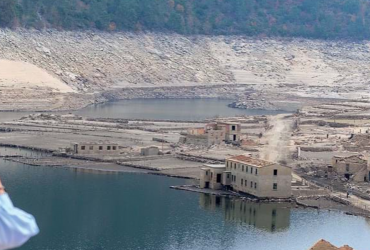 Why is Portugal heating up so fast ? (in Jornal de Negócios)

The latest months have been full of reports attesting to the already present effects of climate change.

At the national level, the latest State of the Environment Report shows that Portugal is an increasingly hot and dry country. The year 2020 was the 49th hottest in the last 90 years and the country suffers from increasing water scarcity, as it was evident this winter. 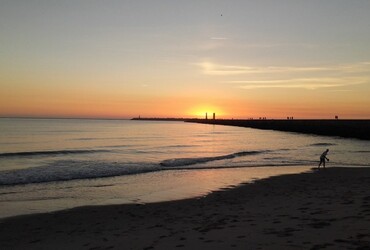 The Minister of the Environment attends this Thursday, in Figueira da Foz, the presentation of the results of the “Feasibility study of the alluvial transposition of Barras de Aveiro and Figueira da Foz”.

This is a Bypass system that seeks to ensure the transposition of sediments. 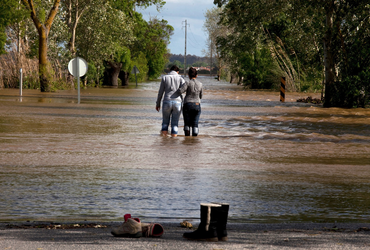 Climate Change: we need 1.1 billion euros to fight the extreme events in Portugal (in Jornal Expresso)

The latest report from the Intergovernmental Panel on Climate Change (IPCC) confirms how “unambiguous” is the human hand behind the climate crisis and what the scenarios are in terms of global impacts depending on rising global temperatures. Extreme weather events, which include heavy rains that flood streets and houses at a glance, as well as bad weather, in addition with spring tides and the rise in mean sea level, accentuate coastal overtopping and loss of territory, or heat waves that increase in early mortality, among other phenomena, are knocking on our door. And will Portugal — which this week was under “orange” and “yellow” warnings in practically all districts — adapting at the right speed?

Do you want to ask us a question?

Send us a message using this form. Or you can find our contact details here.

We will be brief in answering your questions.